Our Falcons looked great while warming up and proved to be a challenger to one of the toughest teams they face during the season.  Fresno City took an early lead, however our Falcons kept up the fight throughout the entire game while adapting and changing their strategies to try and gain the edge over Fresno City.  During halftime the Falcon Flyers paper airplane challenge was held for audience members and students as well as community members got involved.  It was great to see the stands packed to support our team. In the end the Falcons took a loss with a score of 61-101.  Our team, despite the loss, is eager to play in their next game and look forward to seeing you there to support. 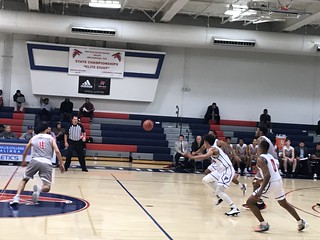